This is probably one of the last few illustrations I'm going to work on this year.
Posted by Bren at 10:42 PM

I think this may be the only Inktober drawing I'm giving away at all. I'm a bit sad to see it good, but it's a birthday card/present so it's going away for a good cause.
Posted by Bren at 4:30 PM

It's funny that it's Canadian Thanksgiving, but October always feels more Halloween than Thanksgiving to me.
Posted by Bren at 10:50 PM

Now I've finally caught up. The fun thing is that a few of the drawings I've done so far few like they could be a series in a story.
Posted by Bren at 9:11 PM

So I am not dead though I should definitely update more. Life has just been life as I'm fond of saying lately, but I decided to participate in Inktober, started by amazing comic book artist/illustrator Jake Parker. It's a great idea and sometimes it's so easy for me to just not be consistent with drawing every day and I just love inking and exploring the medium. I use to think that I've reached a point where I was satisfied with my skills, but looking back at that I was so wrong and it's a stupid mistake to make. I picked up some really nice Japanese cardstock paper that are Hagaki size that's been fun to use and I'm going to regret it when I run out of the paper, but I've got 600 sheets so that's a long way to go. So I'm back with a pigment marker, a grey brush pen, a white gel pen and some metallic markers 'cause they're so very very shiny to have some fun in October.

If anyone is counting, I'm off by one picture. I started bit late and I'm trying to play catch up.
Posted by Bren at 11:26 PM

It feels like forever since I finished the project at the end of February, but the project is finally up for sales this Saturday, August 2nd, at 12 pm Central time. The photos are courtesy of Jackson Robinson of Kings Wild Project. It's been a pleasure working on the project and it's even more amazing to actually hold the decks in my hand. I've got a set of sample decks in and I'm still amazed that we printed them. For anyone interested, here's the link: The Hive Playing Cards to grab the deck. The page will change from sold out to live 12 pm August 2nd.
Posted by Bren at 5:26 PM 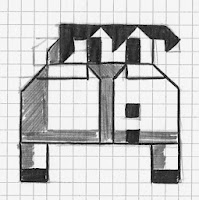 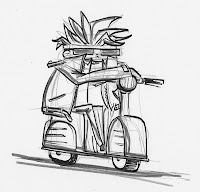 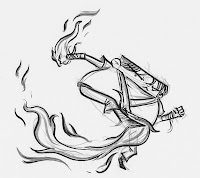 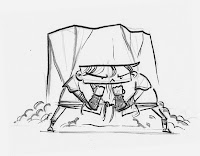 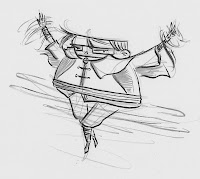 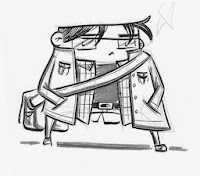