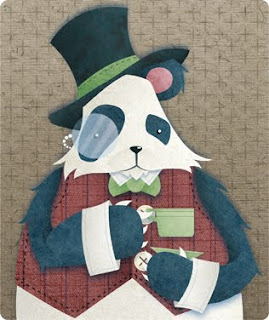 I've finally gotten around to making a new profile picture for my about page on my website. I've been a bit lazy about this so it's been a bit overdue. The end result of the illustration is really interested and it's funny how the same drawing rendered differently can be so vastly different in the end. I kind of wonder how the illustration would look with my strokes lines in it. I should go back to add that in one day.
Posted by Brendan Hong at 10:17 PM 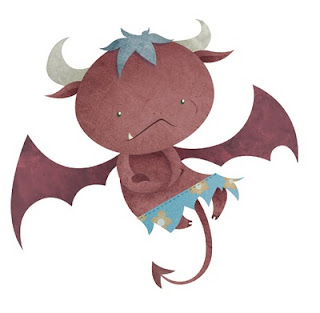 I wonder how often I post an entry around midnight. There should be a stat somewhere to keep track of that. Here's a quick illustration I did awhile ago. I got around to adding some textures to it tonight and it gives it a different effect from the flat look it had before. I might go back and add some texture to some of the other illustrations in that series. Now to get some sleep so I can get some more illustrations done before the month is over.
Posted by Brendan Hong at 11:58 PM 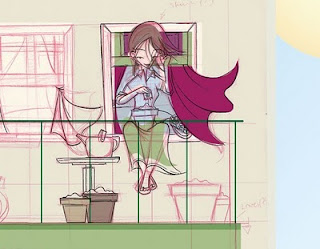 Woohoo! New illustration though the actually image is quite a bit larger than this screenshot of the rough, but I'm going to crop it in the end to get a better overall picture.
Posted by Brendan Hong at 9:34 PM 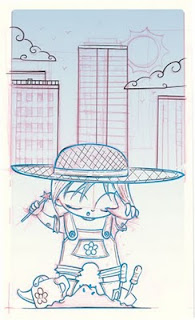 Step 6: To continue from where I left off, here everything gets digital. Depending on the feel of the piece, I either scan in the linework as either print quality or screen quality. If it's screen quality, I'm importing the rought into Adobe Illustrator to redraw all the lines. I know that live-trace exist in Illustrator, but I still find it clunky and has never really used it. This way also allows me to fix up bits of linework as I'm re-drawing it as I'll encouter things that doesn't work as well on second inspection. 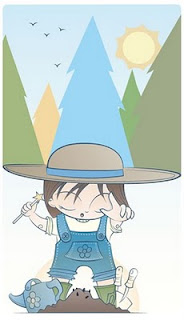 Step 7: Here I'm just laying down flat colours and gradients. I use to do more of a cel-shading process, but I tend to avoid that these days or don't use it as much. It has its uses and has its own feel that I'm not using as much. The same goes for when and when not to use linework in a piece of illustration. It does sound stupid, but honestly the illustration will call out what it should be. Back to the illustration, as I was working on it, I started to play with the background and thought of putting up trees instead of buildings. It worked well, but gave off a different conceptual idea I didn't want. 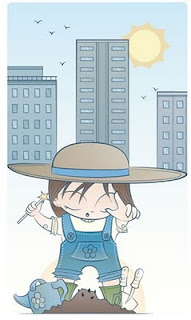 Step 8: Here's the illustration with the buildings as a background like the original drawing had mapped out. I have to admit that backgrounds are an area I still have trouble with so I like to play around with it more to see what works and what doesn't work. Sometimes, in this stage of colouring, I might decide to change the whole palette of the piece, which is a lot easier digitally than painting traditionally. 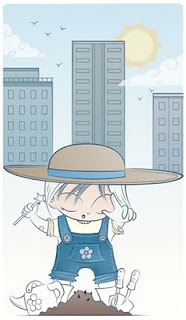 Step 9: After finishing everything up on Illustrator. I transfer it all over to Photoshop. I've tried to export it in the past, but it is honestly one of the just awful. It creates way too many layers or just the wrong layers so I prefer to just copy and paste it layer by layer from one program to another. It gives me more control. I got at this slowly and I start to add in the texture works to the illustration as I go along. 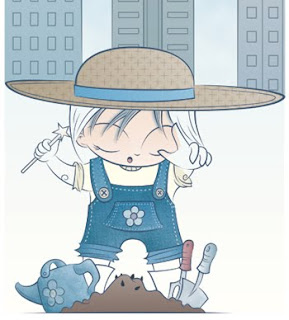 Step 10: Here's a close up of some of the textured work in the piece. I tend to avoid heavy filter usage in Photoshop though I do admit I do use the blur filter a bit to give lights a bit of a softer look. Maybe it's just layering and a bit of dissolve here and there to give the desired look. So this is more or less how I create my illustrations thought it can vary if I'm going for more of a flat look and sometimes things don't make it past step 6. I have my own mini-graveyard of abandoned illustration that I've given up on for various reasons.
Posted by Brendan Hong at 9:37 PM 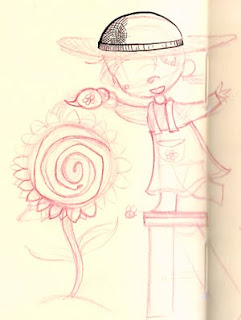 Step 1: So I thought I'll go through a detail thought process from rough to finish or somewhere near finished. It's almost spring and I wanted to do something "spring-y" and fun for a spring promo and I had the idea of a little girl watering a giant flower. This is just one of the sketches for it, other variations had her with a bigger watering can. 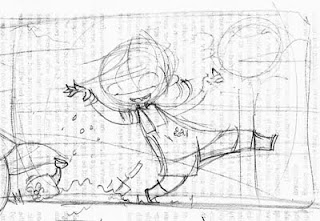 Step 2: As I was drawing it more, the original idea of just watering a really huge flower felt a bit bland 'cause I could do more with it. I wanted to tell more of a story so the illustrations could stretch out over a few months to get art directors and others I'm sending it to interested in the story so I went back to the beginning of planting the flower. This is one of the more finished sketches of her dancing as she's planting the seeds. I do like this drawing, but I wanted to keep the illustration more portrait over landscape. 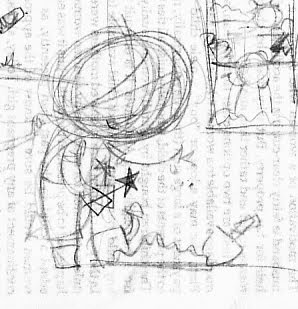 Step 3: Here's a really rough drawing that's hard to make out any details for most people except for me. Now this is something I normally show no one else 'cause, seriously, no one could understand it but me. They'd either see too much or too little, which is bad either way since the viewer isn't seeing what I want them to see. But this is the start of the idea I liked. It's playful and kind of funny. Now continue on to ... 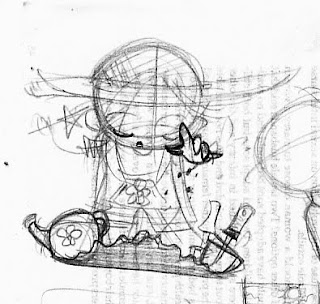 Step 4: So I took the idea I had in before and roughed it out more to get a better pose and overall design of the illustration. It's hard to remember how I thought of things as a kid, but even now, it's still kind of magical how a seed, something relatively small and ugly, becomes something big, beauitful and colourful. So it's almost as if she's planting magic seeds or using magic to make the seeds grow. 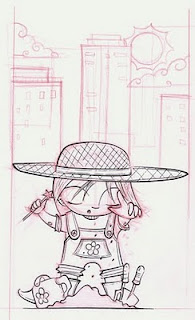 Step 5: Here is the working rough right now. I'm inking it in and most of the foreground is pretty much finished. I'm probably going to tweak the lines a bit when I end up redrawing them in Adobe Illustrator and I'll have to do something to better emphasis the seeds as right now it's hard to tell where they are though I guess I could just take them off or have them on top of the mound of dirt already. I'll probably have another post later on as I finish the colouring of the illustrations to show that process though it's fairly simple compared to the sketching and thinking part.
Posted by Brendan Hong at 12:32 AM 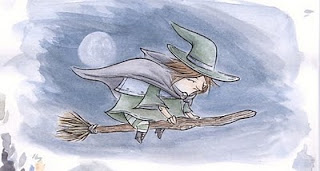 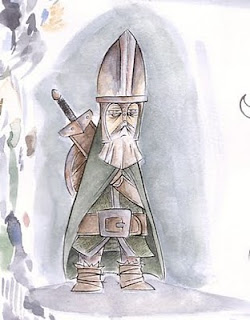 Some quick scans of my watercolour experiments, which is such an odd word to use 'cause whenever I think of experiments there are explosions or should be. I scanned some inking drawings and got them printed on a decent stock of paper so that way I don't have to keep redrawing the same drawing again and again. I'm going to try to work with a different colour scheme on the second sheet I have of these characters.
Posted by Brendan Hong at 9:15 PM 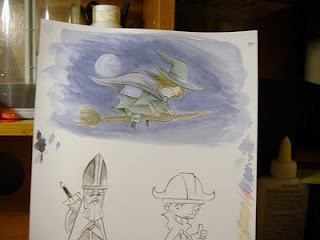 So I must admit that I really can't paint well. I once had a teacher that thought it was hilarious that I wanted to be an illustrator, but my painting skills were alright at best. So flash forward a few years and I'm still not that great with paints, but I wanted to teach myself it again. I'm bound to get it one day and hopefully that day won't be too far away. And I took a photo because I can't figure out how to scan watercolour work without it looking horrible. I know it can be done, but I swear it's a secret that must be passed onto me.
Posted by Brendan Hong at 11:40 PM

Something Old, Something New, but Nothing Blue 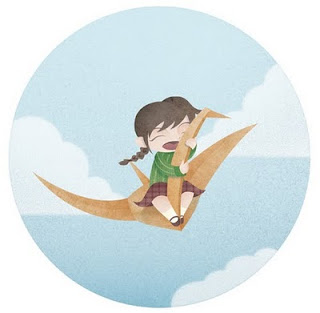 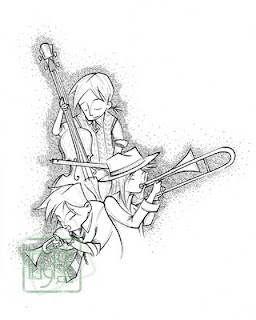 I went back and added some textures into an illustration I finished awhile ago. I like the new feeling it adds to the piece. The other piece is more of a technical piece I wanted to work on. There's something fun just about hatching an ink piece. I'm really not sure if I want to add play flat colours to it or not. I'll play around to see how it looks like before I decide about it.
Posted by Brendan Hong at 10:28 PM