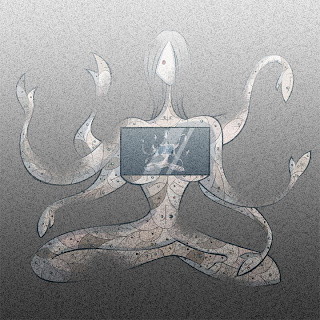 Final for TV Goddess; crit went rather well for this piece with minor change to opacity though I'm thinking of changing the presentation of it a bit. Still got to fix up color for Fast Food God. Colour seems to be my sore point these days and that's so frustrating.
Posted by Brendan Hong at 5:36 PM No comments: 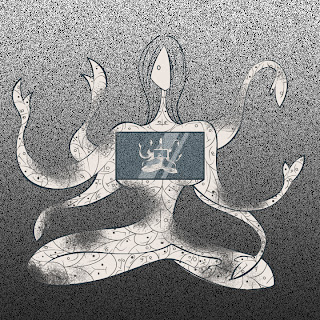 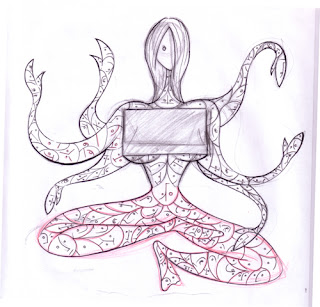 I'm finally doing a goddess for my thesis project. It's taken long enough. This is suppose to go with Saraswati, a Hindu goddess of arts and purity. I think that goes well to contrast people with it's low-art and non-purity. It's the first goddess I do and she's practically nude. I tried to keep a Hindu-style with the multi-arms and flowing nature of it as well as the overall pose. Going to post the final once I'm hopefully finished it tomorrow before the night is over.
Posted by Brendan Hong at 1:03 AM No comments: 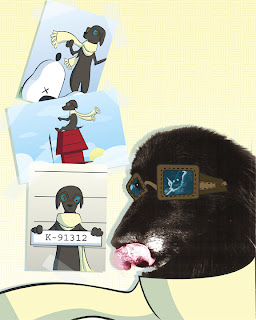 Illustration having to use the photocopy photo of the dog with a concept about guilt and/or pleasure. I'm starting to like my other idea more which is more sexual than I normally go with. I'll finish that one on my own some other day when I have the time. Weekly illustrations when I've got a full course load is tough.
Posted by Brendan Hong at 1:00 AM No comments: 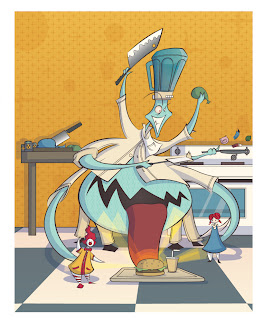 Final for the Fast Food God until the critique. I'm hoping for minmal changes. I've got to still fix up the old ones as well. Too much work lately.
Posted by Brendan Hong at 12:58 AM No comments: 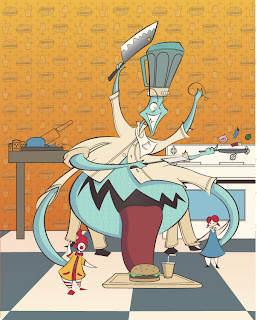 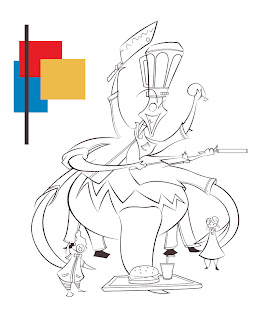 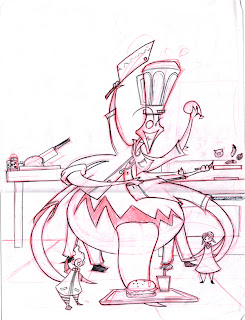 While I'm actually updating, here's the rough for the Fast Food God. I've got goddess of TV lined up next so expect that up any day now.

EDIT: Got the final line work posted as well as a possible palette I'm thinking of working with.
Posted by Brendan Hong at 9:33 PM No comments:

WAR IS OVER! if you want it 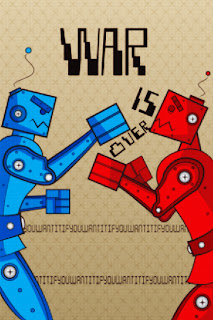 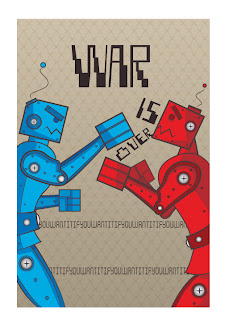 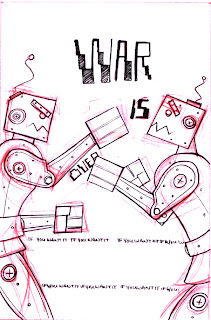 Here's a quick rough of an illustration i'm working on. We're re-interpretting the '69 Ono and Lennon X-mas card with the words "WAR IS OVER! if you want it" on it. So I've got toy robots fighting ... it makes me laugh. Maybe that's how I see wars .. pointless, childish fights, but somehow they blow up (no pun intended) to such great extremes. Wouldn't it be better if world leaders could get together and solve things with a rock'em sock'em robot game? Probably not, but I am entited to my odd odd dreams.

EDIT: I took off the working rough and put up the final (unrevised edition since it hasn't critiqued yet) and I've put up the pencil/ink rough.

EDIT2: Posted up an intentional pixelated variation of the Illustration, i think this is what the prof invisioned/wanted.
Posted by Brendan Hong at 9:28 PM No comments: 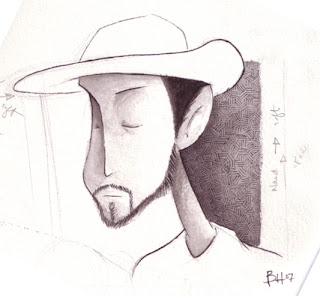 Well I did this drawing in life drawing/painting class. It's fun to finally be able to stylized a model after all this years though I guess it's sort of a mix blessing. I miss trying to do things realistically though I'm horrible at it. Oh well, this is a rough that I've got to re-do and I might try to re-do it digitally later on, but pen and ink for now.
Posted by Brendan Hong at 10:31 AM No comments: 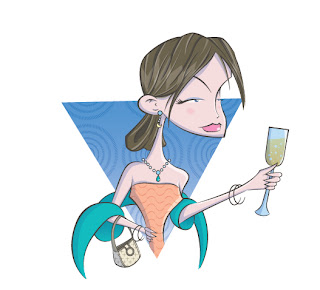 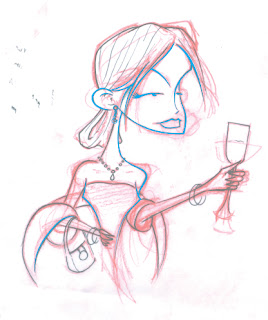 Just another spot-type illustration I'm working on before school starts up again. I want to try to finish it by Monday, i hope if I'm not too lazy.

EDIT: I'm still working on it. Class starts tomorrow, but I wanted to upload a working version.

EDITII: I posted up the finalized version took off the working version. It's sorta, but the same, but not really.
Posted by Brendan Hong at 6:50 PM No comments: 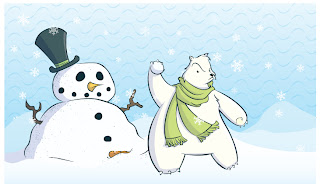 Well I finally finished it yesterday, but got too lazy to upload it. Well, here it is and Happy New Year!
Posted by Brendan Hong at 9:37 PM No comments: